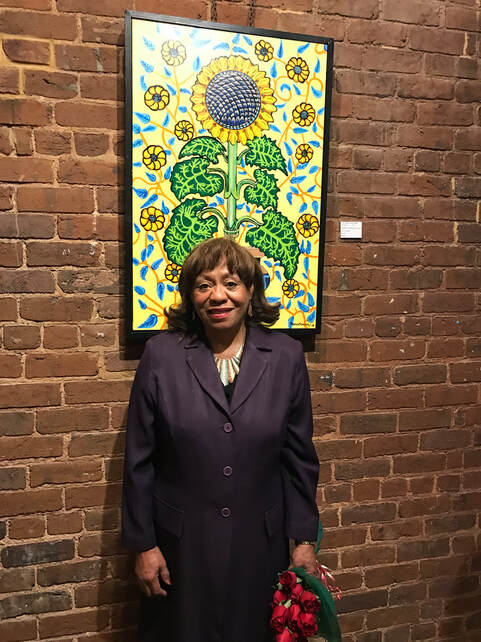 Janice Treece Senter was born in East Tennessee and has since lived throughout the Southeast as an Fine Artist and Childhood Artist Educational consultant. Self taught, Janice has worked with of the best and brightest of fine artist throughout New England and the Southeast.


Her work has appeared internationally on the hit television show "Extreme Home Makeover" and she has received numerous awards for her art.


Mostly known throughout the Northeast for her command of illustration, Janice began to experiment with abstract and non-traditional forms of painting and sculpting in mid 1990’s. As an artist of African-American, Native American and Caucasian decent, Janice has drawn on her unique experiences growing up in East Tennessee during the late Fifties and early sixties. Janice has spent her entire career attempting to document rural Tennessean life and according to the growing list of collectors who repeatedly buy her work, she appears to be succeeding.